A NEW PLAY BY MARGARET MILLER


[IN]FERTILITY is a journey through past and present, as Margaret Miller details her pilgrimage into the world of fertility treatment. The play opens on a woman sitting in an OB-GYN office waiting for news—good or bad, we don’t know. Through a series of scenes that take place in different rooms of the doctor’s office, Miller’s story unfolds. As she chronicles her past, Miller and the audience are left to contemplate the shifting & overlapping roles of a woman’s body: Is she a sexual object? Or is she a potential mother? Can she be both? Told with Miller’s unique ability to mix heartache with humor, she weaves her personal history into her current situation, a relatable struggle with infertility that thousands of families go through each year.

Miller’s words will be complimented by Louisville-based singer/songwriter, Heather Summers (The Other Years), a staple of the Louisville folk scene who regularly plays alongside such hitmakers as Will Oldham. Summers will debut original songs as well as revisit old standards as she transforms into something of a Blue Grass Greek Chorus, weaving music through the themes of love and loss.

Director Abby Koenig (Playwright/Director of various productions in Houston, TX and NYC), who has been working alongside Miller during the development process notes that, “[IN]FERTILITY is not just a play about pregnancy struggles, although that is a huge part. But moreover, it is a play about figuring out your worth as a woman—something I think women all struggle to figure out as we age.”

Miller has received a BFA in Theatre from NYU and a MFA in Playwriting from Trinity College Dublin, most recent work - the short documentary “Dress A Cow” recently premiered at South by Southwest Film and Music Festival. Additionally, her short film “Animal” will premiere in the fall of 2022.

“When my body was seemingly failing me in this crucial way - what I found interesting was my instinct that I was atoning for something, that I didn’t actually have the moral composition of a mother,” says Miller, “I needed a moment to do the deep work of forgiving myself - to look at my past not as something I owe a debt on.”

She continues “I feel like women are hurried through the mourning that occurs with infertility and pregnancy loss. I know I hurried myself. We feel it’s indulgent to wallow too long. So I decided to wallow as much as possible by writing a play about it. This is a love song to a precise and precious moment in my life.” 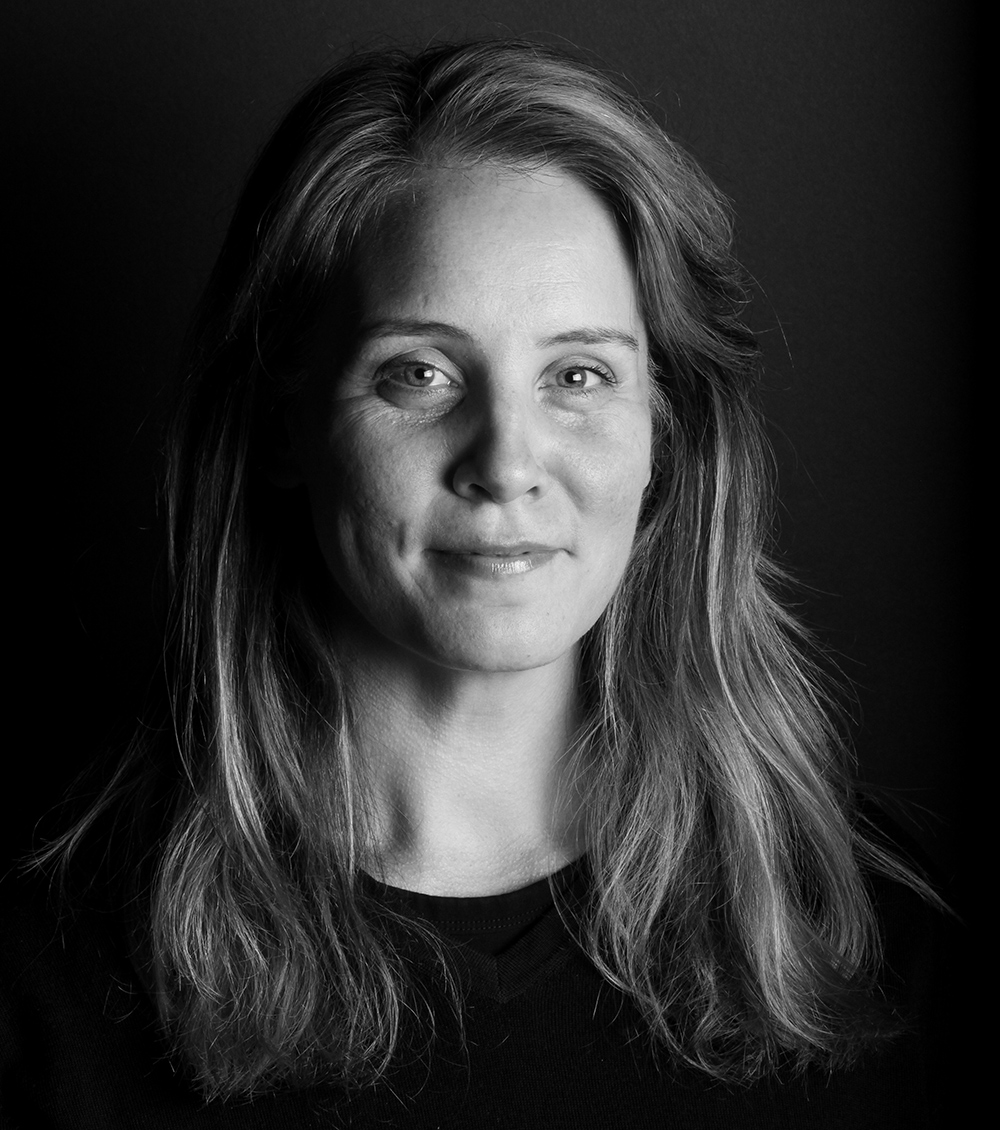 Margaret is a writer from Texas. She received her BFA in Theatre from Tisch School of the Arts at New York University and her MFA in Playwriting from Trinity College Dublin. Her radio play “Nothing and No One Go To The Moon” was featured on RTE Radio Drama. She co-wrote the documentary “Dress A Cow” which premiered at South By Southwest 2022. Her short film “Animal” is in post-production in Los Angeles. She lives in Louisville with her husband, Stephen, and her dog, Rosie. 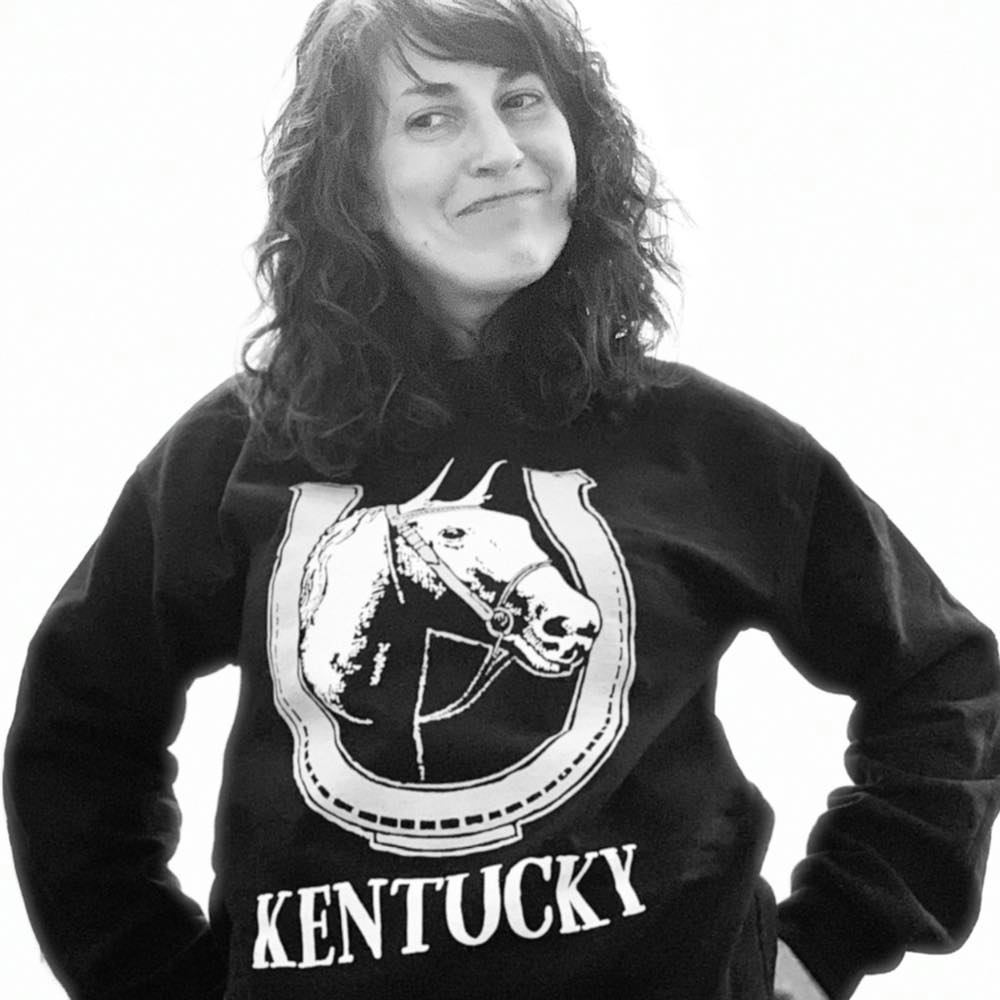 Abby Koenig has spent many years around theater. She received her BFA in Dramatic Writing from SUNY Purchase in NY. Several of her plays have been produced in Houston, TX and NYC. This is her first stab at directing. Additionally, she holds a PhD in Technical Communication and Rhetoric from Texas Tech. She teaches communication at U of L. She spends her time hanging out with her husband and her twin boys.

Heather is a singer, songwriter, and folk musician from Louisville, Kentucky. She grew up with her grandpa on a houseboat at Dale Hollow Lake and with her adopted family in Columbia, Kentucky. Her songs often feature lyrical content from these inspiring times in her life. Storytelling through her song, she takes her listener by the hand, where they may find themselves walking down a wooded path by a winding stream and blooming bluebells. 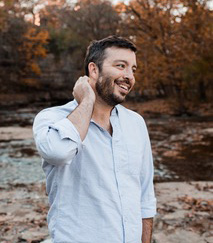 Zachary Meicher-Buzzi is a radically inquisitive digital, XR and theatrical producer and project manager with 10 years of experience in building and coordinating multi-disciplinary teams of creatives. He has developed and produced unique transmedia projects that blend virtual and physical realities, leveraging a wide range of mediums and emergent technologies. Zachary has served as a key connector and translator between technical and creative teams on projects with Disney, Mikhail Baryshnikov, Taylor Mac, The Rude Mechs and the Brooklyn Academy of Music. He currently serves as the XR Producer and Artistic Manager at Actors Theatre of Louisville, and is also the co-founder of the Louisville Blockchain Collective, which is providing crypto onboarding as a public service for residents and businesses across Louisville, KY. 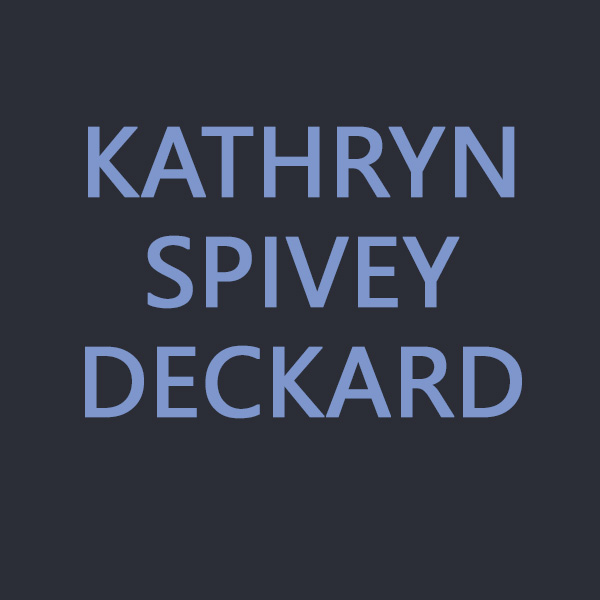 Kathryn has a BS is Theatre Arts for U of L and is a freelance designer, painter, and puppet builder based in Louisville, Kentucky. 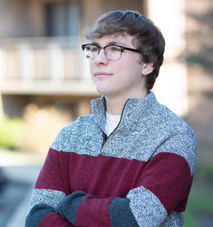 Colton Bachinski (Lighting Designer) is very excited to help bring a new play to life with [IN]FERTILITY! He is currently pursuing an undergraduate degree at the University of Louisville and is very involved in the theatre department. He also stays engaged in the community and works with StageOne Family Theatre, Bluegrass Production Studio, and Lexington Children’s Theatre. Colton looks forward to the warm spring weather to go biking and hiking, and thanks his professors for helping him get here today! 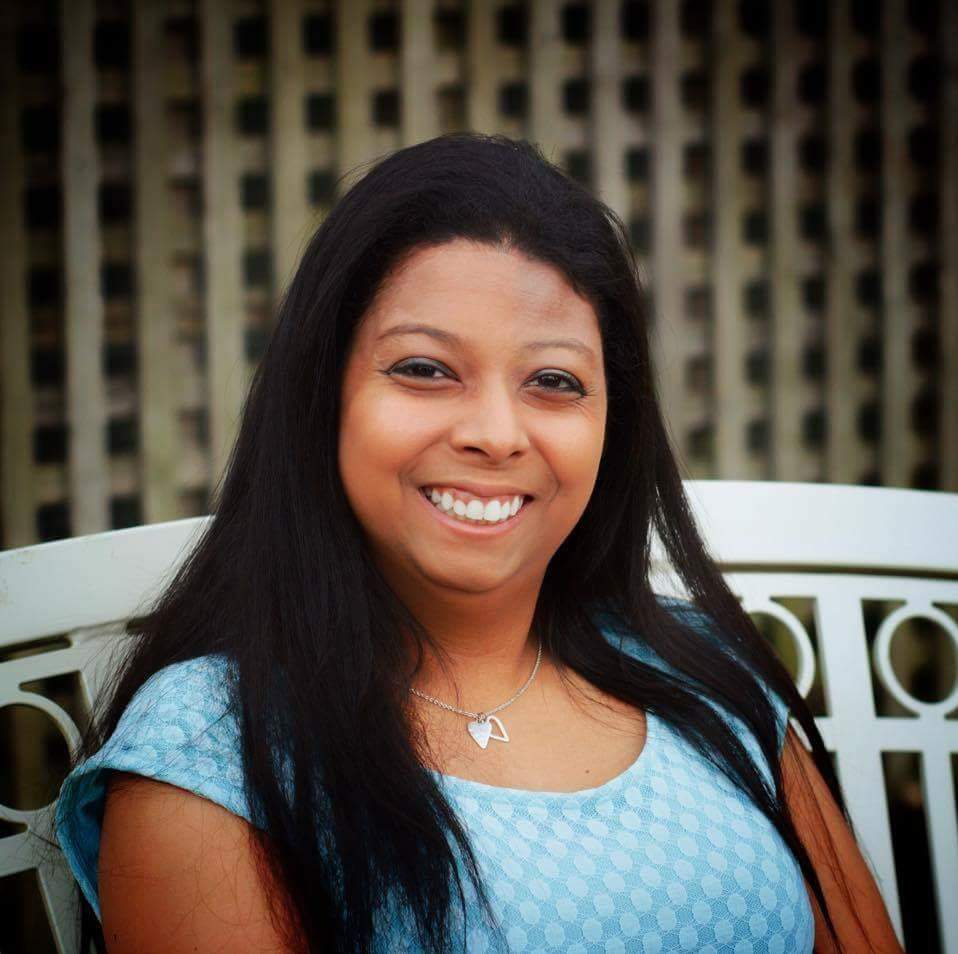 Jay Padilla-Hayter has worked in the Louisville theater scene for 15 years. She works with several theater companies in the area as a director, stage manager, and actor. Teatro Tercera : Confesiones (director), Silueta (director), Ogros en el Closet (director), G is for Gato (actor, director), and Henny Penny (Fox Delux, director). Commonwealth Theater Center: The Boy Who Cried Wolf (Francisco) and A Streetcar Named Desire (Old woman), as well as being a teaching artist for their outreach programs. The Liminal Playhouse: The Houseguest (Gale). Company OutCast: A Few Good Women (director), Holiday Cabaret (actor), as well as being the newest producer/director to the group. The Chamber Theatre: Around the World of 80 Days (Detective Fix), A Doll’s House (Maria, stage manager). Looking for Lilith: Strangers/Extraños (Lidia), Carefully Taught (Cie). 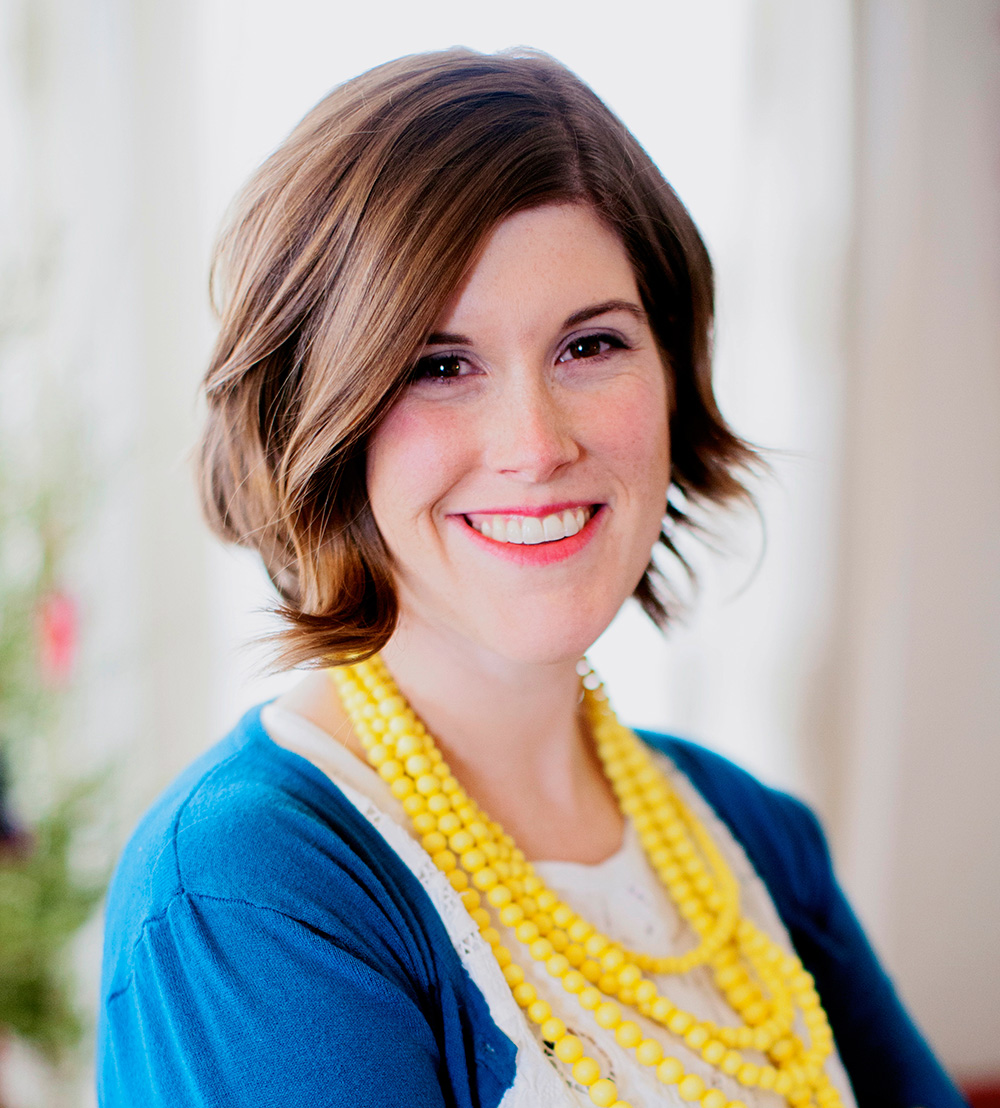 Katy Hopkins received her BFA in Theatre from New York University's Tisch School of the Arts, with a concentration in directing from Playwrights Horizon Theatre School, where she developed a passion for developing new works and using theatre to advance social justice. Using Theatre of the Oppressed as a framework, she has worked with communities in New York, Ohio, Alaska, India, and South Africa, to faciliate difficult dialogue and social change. She has worked as a teaching artist for Cincinnati's Playhouse in the Park, as well as written, directed, and performed for regional theatre companies in New York, Cincinnati, Johannesburg, and Ketchikan, Alaska. Katy also holds a M.Ed. and Ph.D. in Counseling Psychology from the University of Louisville and is the Medical Director for Pediatric Integrated Behavioral Health for Norton Children's Medical Group.

A very special thanks to Stephen Finnegan for our posters and postcards, graphic and web design, hand holding and coffee making. And for trusting me in the telling of our story.

This performance is dedicated to the memory of Edith Koenig.

And also Aunty Betty who opened her doors and became a loving mother and a rock to so many children.